The Pars opt for Jacobsen TR320 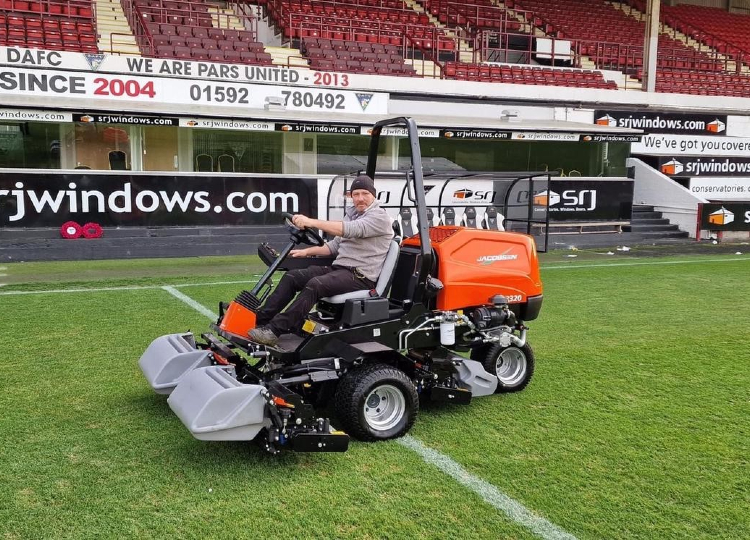 The Scottish Division One club took delivery of the super-efficient sports reel mower from Mike Lindsay from Fairways GM at Kinross.

The TR320 comes with a very light footprint and brings Jake’s legendary signature cut. It’s especially popular in sporting venues because it maintains the same precision whether used in wet or dry conditions.

Head Groundskeeper, Willie Davis, said the new mower would come into its own from February onwards.

The investment in the TR320 is part of the club’s on-going commitment to its facilities. In 2021, the club took a 25 year lease on land that was previously the site of Rosyth Civil Service Sports Club and subsequently in October 2022, plans were approved for a training academy with two natural pitches and a floodlit synthetic full size pitch.