Picture perfect for ISEKI UK and The Royal Burgess 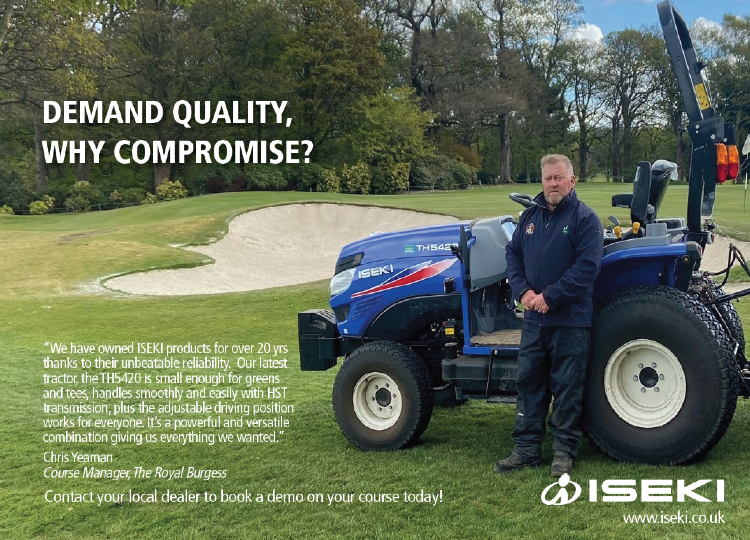 A photo story about a new tractor at The Royal Burgess Golfing Society of Edinburgh has been picked up by leading tractor brand Iseki UK for an advertising campaign.

Iseki UK liked the photo of The Royal Burgess’s course manager Chris Yeaman and the comments attributed so much that they asked to use them as part of a series of adverts.

Lucy Self, Marketing Manager at Iseki UK, based in Ipswich, explained: “Scottish Iseki dealer, Fairways GM put on their social media that Chris and his team were enjoying their new TH 5420 compact tractor. They also use a TG 6490 and own an Iseki zero-turn SZ330 mower so they have been long-standing customers for over a decade. It was good to read that it was suiting so well, especially as theirs was one of the first across Britain to be delivered. We’ve also Fairways GM’s Area Manager, Bob Marshall, to thank for the great photo. He set up a great shot on his iPhone with the bunker in exactly the right place for us!”